You are the Salt of the Earth 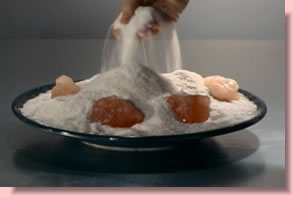 I've just read a fascinating and eye-opening article online in Touchstone Magazine, called Salt of the Empire--The Role of the Christian Family in Evangelization by Mike Aquilina. He talks about the astonishingly rapid growth of the early Christian Church in the declining Roman Empire--40% per decade. He rightly points out that these Christian converts were not--could not be--of the "cafeteria" variety. Christianity was so heavily persecuted, and went so against the grain of the society of the time, that to be a Christian was serious and life-threatening.

Many of the early converts were women, because women were far better off following the tenants of Christianity than they were under Roman rule. In pagan Rome, girls got married at age 11 or 12 in what was little more than legalized rape. The life expectancy at that time was around age 30 for men, and probably younger for women. A married woman in Rome could expect a lifetime of enforced predatory sexual practices, contraception, abortion and infanticide. Aquilina states, "Of the 600 families who show up in the records from ancient Delphi, only six raised more than one daughter. Though most of those 600 families were quite large, they had all routinely killed their baby girls."

This resulted in a shortage of Roman citizens, especially women. Rome had to bring in soldiers from other countries to fight for them, and, homosexuality began to be considered normal even for married men.

But, for Christians, life was quite different. Husbands and wives tried their best to follow Christ's prescription to genuinely love each other. For Christian wives, there was no danger of such things as contraception, abortion, infanticide, or the normalization of unnatural marital arrangements. As a result of this liberation of love, women began to flock to the Church, and the men followed.

The Christian family, who welcomed all potential members into their lives, followed their Church's edicts to love and treat with respect, not only each other, but strangers in the community as well. When the inevitable natural and man-made disasters cropped up during that time, pagan doctors often fled the area, but Christian families tended the sick and injured.

In the early 2nd century, Letter to Diognetus, the anonymous writer speaks with astonishment about the lifestyles of the early Christians. He muses on their "“wonderful and striking way of life."”

They marry, as do all [others]; they beget children; but they do not commit infanticide. They have a common table, but not a common bed. . . . They obey the prescribed laws, and at the same time surpass the laws by their lives. They love all men.

In case you haven't gasped with recognition while reading this post, we are living in similar times. As a whole, our society has gone completely against the teachings of Christ and the Church. Fifteen minutes flipping through television channels is enough to convince anyone of that. It has come to the point where few practice the fullness of the faith. Christianity has saved civilization before. I think the time has come for that to happen again.
Posted by Staying in Balance at 5:22 PM

yes we are indeed living in very simmilar times, hopefully again, things may get better. Interesting article, thanks for the link

The pagan Roman Empire would feel most comfortable and at home in this generation. The first Christians would wonder what on earth has happened to Christianity.

The feminists and media scream about the horrendous fact that maybe a few women may die in backstreet abortions. So now we murder billions of babies world wide daily...what a world we live in.

Exactly, Marie. Many "modern" women fuss about the "patriarchial" Church...give me a break! Jesus was THE liberator of women (and men too for that matter.) Today's women do not see that the so-called sexual revolution is killing a generation--multiple generations now--as well as the women who would have raised them--and is lowering women back down to the status of a sexual object. Living as a slave to one's passions is still living as a slave. The Truth will set us free.