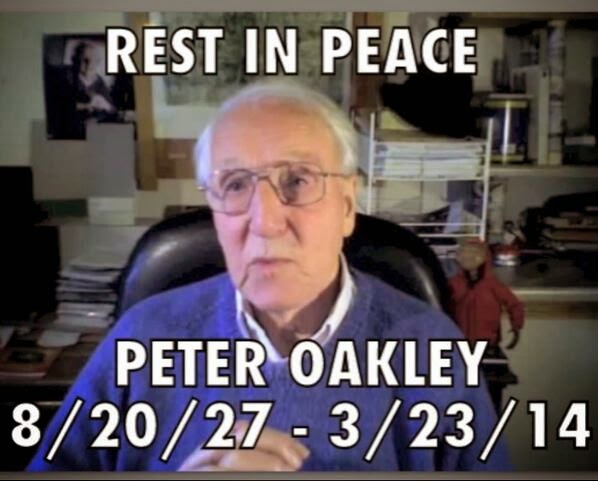 I just found out via Hank Green on Twitter, that Peter Oakley, aka, Geriatric 1927 has died.  Peter became a video blogger on YouTube at the age of 80 in 2007 and was once the most followed channel on YouTube. He blogged about his Depression-era childhood in Britain and became the "Internet Granddad" to many young people.  He was also a founding member of The Zimmers, a British rock band made up exclusively of senior citizens, which was put together to raise awareness of their needs.

He, like all members of The Greatest Generation, will be sorely missed.


Posted by Staying in Balance at 6:01 PM