The "Why" of Good Friday 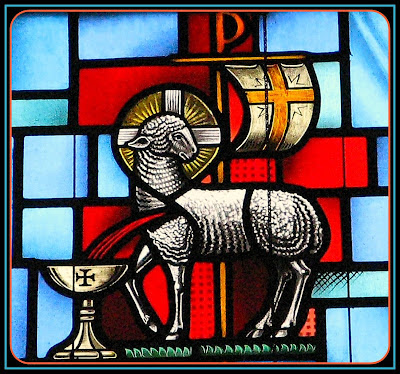 I heard a beautifully clear explanation for Jesus' death on the cross on Word to Life on the Catholic Channel.

The speaker likened it to the process that takes place when they make anti-venom for victims of snake bites.  A bit of venom is injected into an animal that has never come in contact to the poison (often a lamb) until the animal has built up a strong immune response.  Then the blood of the lamb can be used in making anti-venom to save snake bite victims.

I really like this analogy. Christ is the Lamb of God who took upon himself the poison of evil and hatred so that we, by His Blood, can be made clean.  The idea of being healed by the blood of a spotless victim fits in nicely with the Eastern Christian theology of salvation being a healing from God.

I later realized, too, that we can partake of His Blood in Holy Communion at Mass.

We are truly healed by Christ's sacrifice.

Posted by Staying in Balance at 1:00 AM